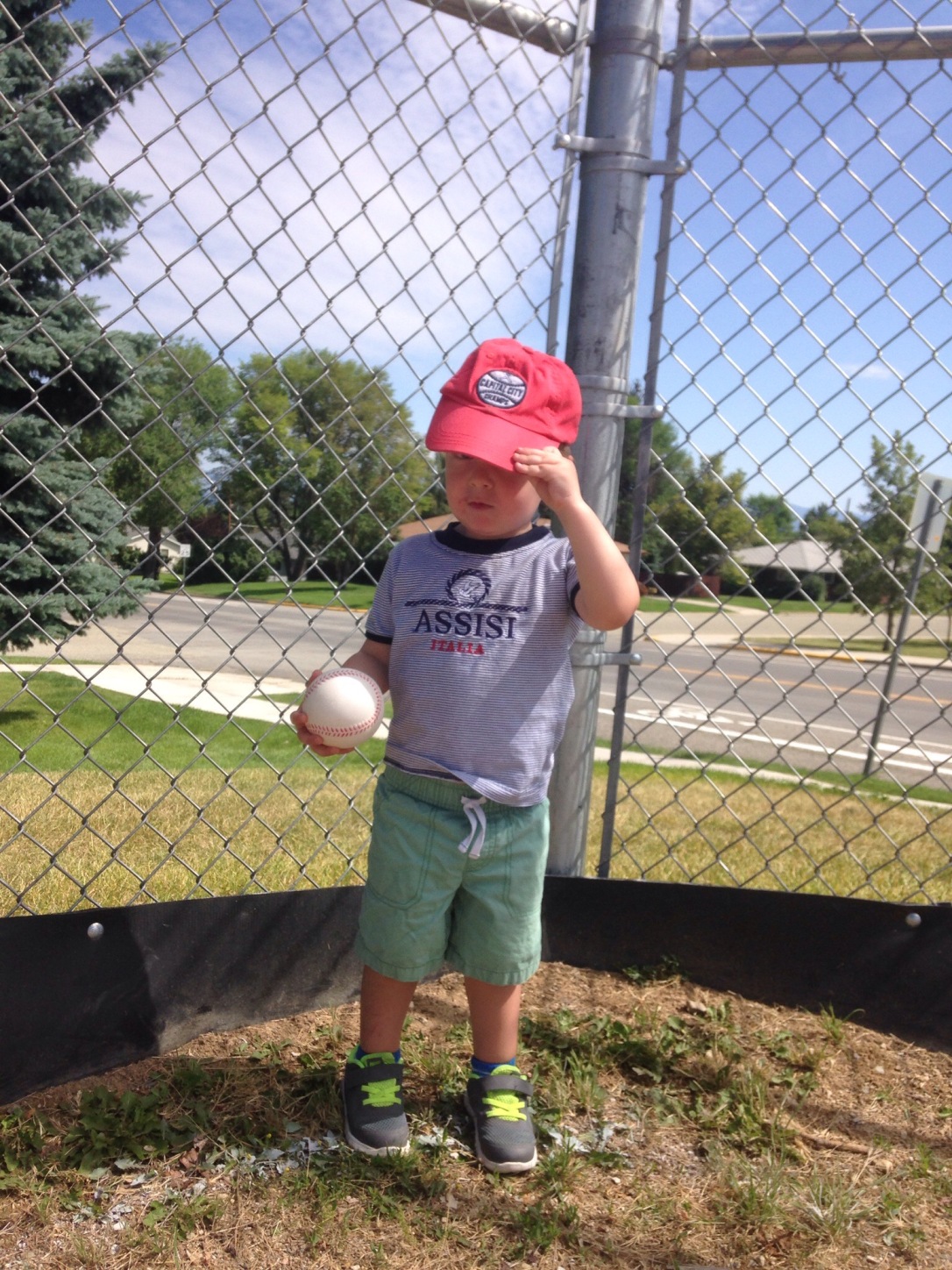 There is something uniquely pleasing about the sound of a bat and a baseball meeting. It is a sound full of both satisfaction and expectation. A sound that I, even as someone who has never hit a home run, can appreciate. In our backyard I listen as my boys search after that sound, haphazardly swinging plastic bats towards balls perched atop tees. The ball shoots off and they run around the yard, giggling with hands held aloft, before collapsing onto my lap.

My own baseball career was short lived. For one summer of my childhood, I pulled my rusty red hair into a pony tail, shaded my freckled face with a baseball cap, checked out books from the library on how to throw the perfect pitch, and watched A League of their Own on repeat. I was fascinated by the women who could throw a fastball while sporting red lipstick and wear skirts while fighting the prejudice and the Axis powers. I was smitten. I wanted to play ball; I wanted to be a pitcher.

When it became apparent that my smaller than half-pint frame would not hold up well against the girls who were already wearing braces and sports bras, I was pulled off the team appropriate for my age group and relegated to my little sister’s coach pitch team. My dreams of becoming Kit Keller evaporated instantly, although my lack of athletic skills would have caused them to disappear regardless.

We were deep into the season, and I had yet to tap into my own inner Rockford Peach. I stood on home base, vainly attempting to hold a heavy bat above my shoulders.  Strike one happened instantly, followed quickly by the second. The dusty light of dusk was beginning to weigh down on me, hanging as heavy as my spirits. Strike three. One of the coaches pointed out that the stadium lights had only just begun to flicker on, and perhaps I should be given another go. Strike four.

The rules of little league are merciful to the marginally athletic, yet merciless to those who are not talented in the least. Our small county club allowed youngsters an extra hit if they had gotten a touch on the ball. A parent called out from the stands, “She got a touch on that last one! Give her one more chance!”

Please don’t. I begged internally. Just let me go sit down. Strike five. Finally the adults realized no one would ever make it home for dinner if they waited until I got a hit, and let me return to the bench.

My baseball career may have ended that season, but I now fill a different role in the game.

I sit on the couch talking to another mother as her children play with mine. My youngest ventures into the fray of toddlers, and comes running quickly back, burying his head in my knees. One touch and he is off again, ready to join their ranks. My oldest dives off a piece of furniture that he has been expressly forbidden from diving off of, and after the ensuing injury, he climbs into my lap and releases his tears. Minutes later he jumps down, the injury forgotten, ready to play again.

I am their home base. They have moved from my belly to my breast, from my lap to holding hands across parking lots. From there I will move to a number on speed dial, the one who cooks them Thanksgiving dinner on school breaks. Their laps around the bases will grow longer, the time before touching base at home growing.

I left home, like most people, when it was time for me to get an education, seek adventure, fall in love. Small children who need me, money that must pay bills dictate that I do not return as often as I would like, but the need to touch base remains nonetheless. I have heard it said that if one creates a loving home, children will feel secure to venture out from it. I don’t know if that is true, perhaps because I don’t know if I want it to be true. I occasionally wonder if they will follow in my footsteps and move across the country, or across the world.

The fame and glory of being an athlete will never be mine. Instead I am a scuffed and dirty plate, where little leaguers stand awaiting the crack of the bat, and where they run home to at the end of it all. This is where I belong. Here, I am home.

1 thought on “Home Base”