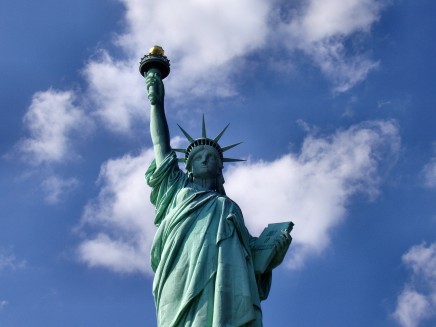 Thank you. You’ve made me more proud to be an American now than I ever have been before.

I haven’t always been particularly patriotic. Don’t get me wrong – I am thankful for the men and women who have fought for our freedom, and I have always enjoyed a good hot dog and fireworks show on the Fourth. But after the sparks fizzle out, I tend to fall back into a causal “we’re all one global family and no country is inherently better than the other” mindset.

But now, you’ve made me see that I was wrong.

You and I probably differ on a lot of major issues. I have never sexually assaulted anyone, much less bragged about it on tape. I have read more Pulitzer Prize winning journalists than I publicly decried for daring to challenge me, and I am certain that I have never mocked any for having a disability. I understand that climate change is real, value public education, and do not admire anyone who has committed war crimes in Syria. I don’t call people of color rapists, and I respect women. I generally believe in helping people less fortunate than me, rather than using positions of power for my own financial gain.

I also wish to avoid a nuclear war.

Plus, you can see my tax returns if you want to. They’re pretty small – I am a freelance writer after all – but nevertheless I am proud to contribute to our roads, schools, and uniformed services.

But that’s where we differ. Let’s talk about where we agree.

Like you, I’m pretty damn proud to be an American. And you’ve made me that way.

You see, the day after you won the election, I started hearing a rumble move from corner to corner of this country. There were some tears, of course. I, for one, couldn’t believe we had elected a man who I would be scared to be in a room alone with, and even more scared that his history of sexual assault was among the least of my concerns.

But after eyes were dried (or drained), we started talking. About our country, the one to whom we had pledged allegiance to in classrooms where we learned about an America built by immigrants. This country, where we had decided that every single person had equal rights, regardless of their race, sex or creed. About our land, which we unfairly stole but have grown so deeply concerned about, from its snowcapped peaks to simple backyard creeks. About our home, which we have decided is built on tolerance, freedom, equality, and opportunity.

Let’s talk about democracy for a minute. It’s the kind of country our forefathers decided was best – a system where everyone had a voice. Now, it took many years for everyone’s voices to be heard, let’s not forget that. And still we have people trying to stifle those voices with subversive tactics like gerrymandering and restrictive voting laws. It’s what we would call a work in progress.

Nevertheless, I’m pretty proud of it.

Because in a democracy, I can vote against you. I have, and I will proudly do it again. In a democracy, I can call my Senators and Congressperson and voice my disgust at your repeated cabinet appointments that fly in the face of American values. I can march in the streets, my children alongside me, and remind you that this is a country where we stand up for one another.

That is the rumble I started to hear after you were elected.

“We can’t stand for this.”
“I will register people to vote next election.”
“I will give a dollar to human rights organizations every minute a Neo-Nazi marches in my street.”
“I should run for office.”
“Are you going to that meeting next week about what we should do next?”
“I’m marching tomorrow.”
“I stored my congressperson’s number in my phone.”
“I’m going to campaign for my Senator.”
“This is not okay.”
“I will stand up for my neighbors, no matter what.”

You reminded me that we are, truly, a great country. That despite our missteps along the way, we have decided to make justice, equality, freedom, and tolerance our guiding values. And when someone tries to pull us away from those, we will take up the reins and struggle until we have moved our country back to where it should be.

I don’t know if you’ve noticed, but it’s started already. Senators and Congress people, of both parties, report that their offices are flooded with calls. Millions of men and women are taking to the street this week in peaceful protest. Meetings are being held in libraries, bars, and basements coordinating how we will take our country back. I am proud to be part that America.

This is my country. It’s already pretty great. It’s about to get better, in spite of you.

I suppose we have you to thank for that. 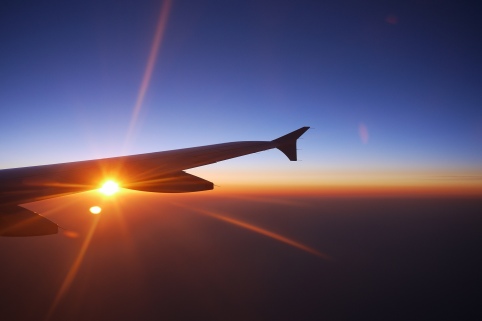 My son is flying a pretend airplane, and I am riding along as a passenger. He calls back to me,

Tahiti, I tell him. Or Bermuda. The Bahamas, perhaps, or Hawaii. Somewhere warm and sunny, where I can lay on the sand and burn my pale Irish skin to a crisp. Somewhere I can dip my toes in warm water.

Somewhere far, far away from here.

We are in the deepest drifts of winter at the moment. The mercury struggles to rise into double digits most days, and ice forms along the inside of my windows. The sun stretches, rolls over, and falls back asleep without ever reaching the top of the sky. Wool sweaters, which seemed cozy and snug a month ago, are now itchy and smothering.

The world is a mind and finger numbing cold.

I feel guilty, these days that we are cooped up inside with each other day after day, telling myself that I should be relishing these moments. We should read stories, build forts, sip hot chocolate and fill up coloring book after coloring book. Instead I listen to the sound of the heater humming and pretend it is the ocean waves pulling me to paradise.

This is the part of the essay where I should talk about how I come to my senses and realize there is no place I would rather be. I should say that being at home with my children, day after day, is paradise.

But there are places I would rather be – at the playground, on a warm summer day, in college, going to one of those parties I never went to because I was always on the phone with a long-distance boyfriend, in the future, when I am an empty nester and travelling to Argentina, Ireland and Australia, in a coffee shop, where I can finally find some peace and quiet to get some work done.

Right now, I am in none of those places. I am where I need to be, where others need me to be.

One day, I will travel back here in my daydreams. I will wish for cozy snowy afternoons, and the sound of my toddler yelling, “How many more minutes until naptime is over?” (As many minutes as it takes me to finish this essay.)

A house full of cabin fevered toddlers might not always be my idea of paradise. But I will try to leave behind some good memories for the return trip.