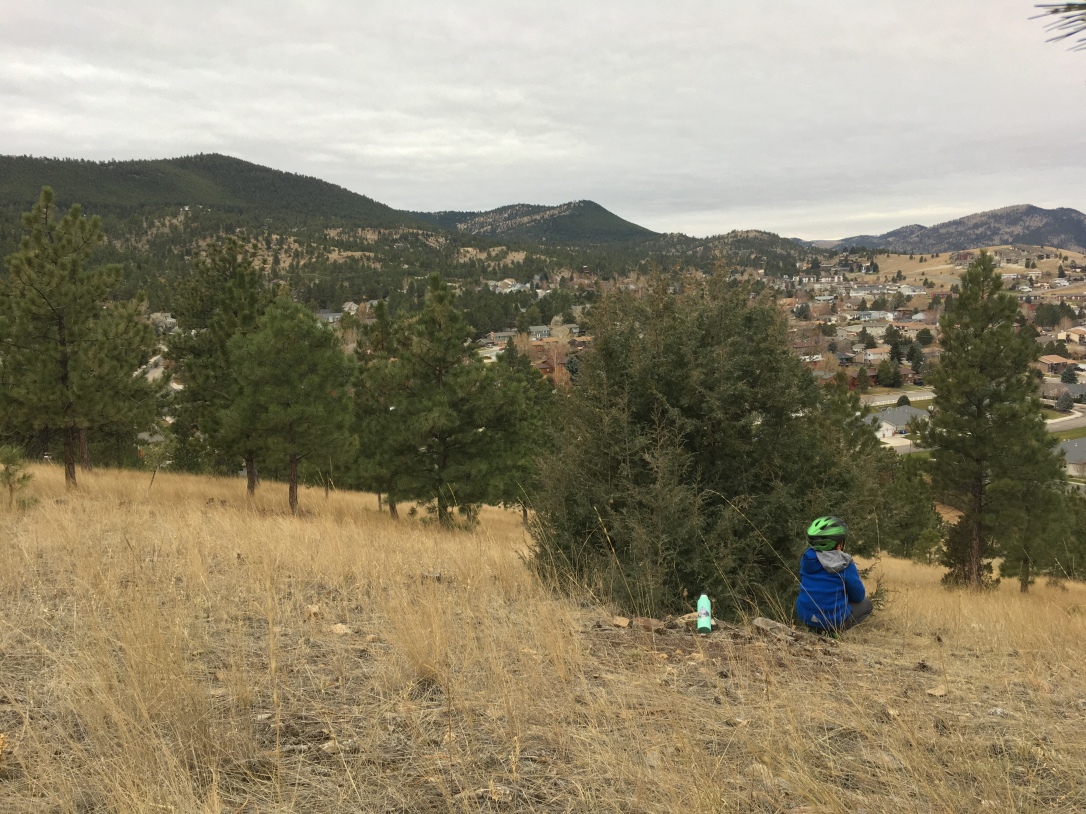 My eyes weren’t even quite open when I heard feet stomping and doors slamming.

So it was going to be one of those days.

My efforts to coax the sunshine out of him failed. My hug was met with stiff shoulders. My words were hurtled right back at me, and every attempt I made at connecting seemed to drive us farther apart.

All I wanted to do was to go back to bed. I wanted to crawl deep inside my covers where it was warm and no one yelled at me. I wanted to go 24 hours without anyone asking something of me. I wanted to go one night without waking up to the sounds of someone needing help. Sure, I could fetch cups of water, help people to the bathroom and chase away monsters with my eyes mostly shut, but I was getting exhausted.

In bed I paused, and dreamt of being able dream.

But there was parenting to be done.

The day was quickly going downhill and the kids’ bickering escalated as I stumbled to the kitchen. I looked at my son, glowering at the kitchen counter. He was already dressed, so I whispered in his ear,

“Should we just get out of here? Want to go on a bike ride?”

His face melted. He looked up me with soft eyes and nodded.

It should have only taken me a few minutes to throw on some shoes and a coat and sneak away. Of course, I was wrong.

He didn’t want to go far, he said. Just to the playground a couple of blocks from the house.

There was a little hill at the edge of town we drove by on our occasional trips in and out of town and twice a year when we went to the dentist. Every time we passed it, I thought about climbing to the top. But just as soon as we would drive by would I forget again.

I explained we could not go to the playground nearby because it was Sunday and the church who owned the playground was having services. (My apologies to the dear Lutherans for this mischaracterization, as I am sure you would have no doubt been welcoming to non-attendees that Sunday morning, but we needed to press ahead.)

So we did, huffing our way on bikes slightly too big and slightly too small, our thin tires cutting through the gray morning. He followed behind, and we tried to chat, in that awkward way two bikers do despite not really being able to hear each other.

Soon, we arrived at the hill and hid our bikes in a culvert off the side of the road. Where we live, the forest’s understory is exceedingly sparse – nothing but dry grass between the trees. When I first moved here, I thought the spartan nature of Montana’s woods disappointing, as if natured by definition owed me a certain lushness.

But he openness of our forests do make navigating them exceedingly easy – up is up and down is down and we allowed ourselves to wander along the trails, not worrying about if they were the one we needed to be or not.

Halfway up, we rested. We talked about what was bothering him and I tried offering up my adult rationality, which was immediately rejected as inadequate. He talked. I listened. I talked. He listened. We walked back down the hill, found our bikes, and headed home.

The rest of the day was better, but it certainly wasn’t perfect. It never is.

But at least we made it to the top of the hill. I don’t know exactly what I hoped to accomplish through our little adventure. Getting out of the house for a bit, perhaps. Ending the cycle of fighting, certainly.