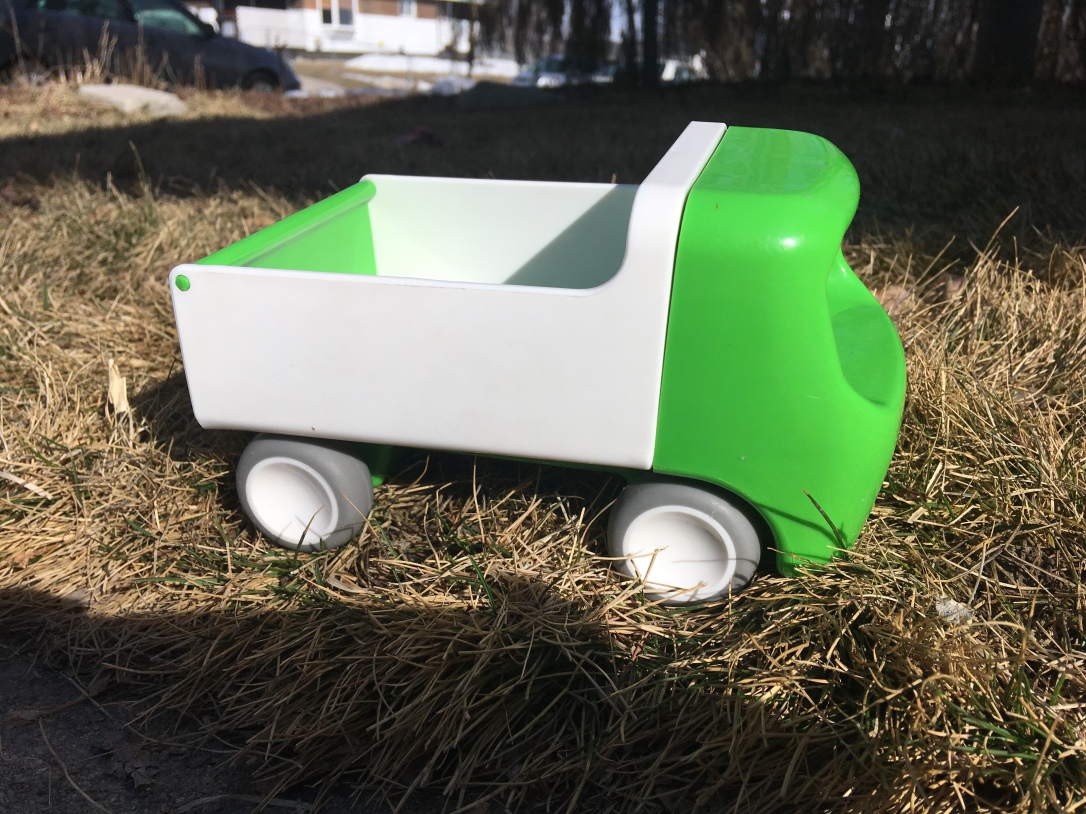 My oldest child has always been blessed with the gift of gab. He was speaking in two word sentences before he was 18 months and chatting our ears off well before his second birthday. And at about two and a handful of months, we took a trip with my sweet in-laws.

My mother-in-law had baked pumpkin bread and brought a long squeeze pouches of applesauce and treated my chatty toddler to breakfast in bed while she got ready in the hotel room bathroom.

Minutes later, she returned to an unmitigated disaster.

“Oh my goodness!” She said. To which my two year old replied, “Oh my God!”

But wait. Before we go any further, its important you know this is all my husband’s fault.

We live in a snowy town that takes a fairly leisurely attitude to plowing the streets. A few days before my oldest’s birthday, we had gotten stuck driving home.

“I told you not to drive on the side streets!” My husband said when I called him to come rescue me.

“We live on a side street!” I replied.

“Yeah, but not the one you’re stuck on!” He had a good point. But what was done was done and I needed him to come push me out.

Luckily, a young man stopped by moments later to pull us out. I made sure my children noted to my husband how lucky we were this plucky young fellow was there for us at our moment in need.

A few snowy days later, we were driving to the bakery to meet my husband. My son had been requesting a trip to the the “cake factory” for his birthday, so we were planning on meeting there after lunch. Immediately after turning on the car, however, we again got stuck.

At which point mommy yelled, “…”

Let’s return to our original story.

My son stood there, his eyes gleaming. “Sometimes,” he said. “Mommy says FUCK.”

We always hope our children will imitate our best parts and ignore our less-than-stellar habits. But deep down, if we are honest with ourselves, we know that’s not the case.

And yet, I am still surprised when I find myself periodically yelling at the kids,

“NO YELLING! WE DON’T YELL IN THIS FAMILY”

It’s a bit embarrassing to admit, but I’ve never struggled with anger as much as I have when I’ve had a new baby in the house. It should be a time of sweetness and joy, it’s also a time of work and exhaustion. It’s even harder with subsequent children. After all, not only are you twice as tired with twice the amount of work, you’re dealing with an older child who on a certain level, knows its in his genetic best interest if you focused all your caregiving energy on him and not that noisy blob of wet diapers.

As my kids get older, I have started hearing my voice coming back to me from their mouths. (And not just in the form of dropping an F-bomb in front of Grandma.) There is the exasperated reply. The less than generous take on a misunderstanding. The “I DON’T WANT TO GET MY SHOES ON!” in response to “GET YOUR SHOES ON!”

So I’ve been trying my hardest to stop and breathe. To hold them, feel their pain (even if inside I’m thinking they are just shoes put them on your feet for the love). To talk to them like I would want anyone else to talk to them.

And yes, sometimes I want to just say “I’m the mom! I get to yell and you can just do what I say!” After all, I get to stay up late and drive the car too. But in the end, I try to stop and remind myself what a better world we would have if we started respecting the dignity of each human person from the get go.

Yes, for goodness’s sake it would be so much easier if my kids either A) did what I said or B) just ignored my bad parts of me and took after the good. But that hasn’t happened yet so it’s on to plan B.

While I work on this, my son has a question if you’re willing to answer him. He wants to know what “shut” means and is pretty sure it doesn’t mean “to close” like I told him.