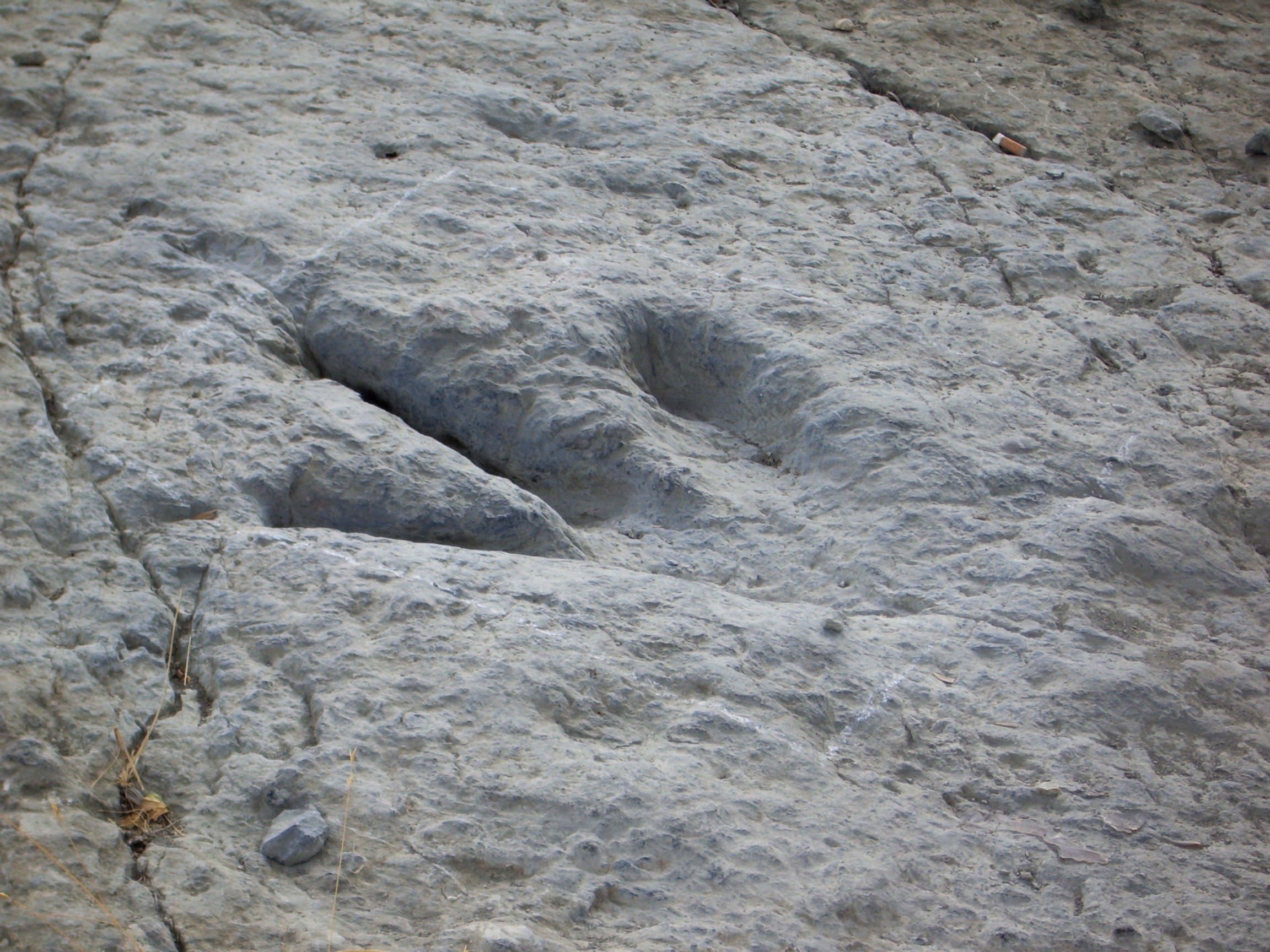 The stomping grows louder and closer. The leaves of the forest are shaking, and a deep growl rumbles behind me. The tyrant lizard jumps onto my back and its claws wrap around me. The roar erupts again, crescendoing briefly before devolving into a fit of giggles. “I got you!” my dinosaur cries, rolling onto the floor, laughing in preparation for the impeding tickles.

The fascination with animals they will never meet is no mystery. It is the romance of the unknown, legends of grandeur, size and unfathomable power cloaked in the promise of reality. They were larger than life, larger than our timid imaginations, yet they were real. Dinosaurs ate from the tops of trees while my sons’ feet have rarely left the ground to climb into the branches. Their footsteps thundered; their presence was known. Whether or not they let out mighty roars is inconsequential to my sons who love to bellow like the beasts themselves.

One weekend when the sun shone and the snow remained at bay, we traveled across the same land the Tyrannosaurs did in search of a museum that housed their bones. We munched on donuts and stopped along windy roadsides for urgent business. We arrived and the boys proudly sported fossil stickers on their shirt to prove their admission. Finally they saw it – bones stacked on top of bones. Hours upon hours of meticulous work, dug, cleaned, preserved, and oh so carefully pieced together. They stared at millions of years of history that had been brushed aside to unearth a single being, a life memorialized into an age it could have never believed. It towered above them, lifetimes upon lifetimes, epochs upon epochs above them. The Tyrannosaurus Rex, the king of every boy’s imagination, loomed large in its reality.

“Pat-saur! Pat-saur!” my youngest yelled over and over, in hopes that I would free him from the confines of his crib, trading the imprisonment of naptime for another reading of the library book on Apatosaurs. Skeletonized figures cover my sons’ t-shirts captioned with names that cause their tongues to trip. Ankylosaur, Diplodocus, Spinosaurus, Pteranadon. Tiny plastic recreations of their bodies are clutched by jelly covered fingers and carried as entertainment on boring errands. We eat our sandwiches and my oldest son asks if we are herbivores or carnivores. He asks me to tell him about the big meteor, to explain what extinction means, to answer the question of death.

In the library, there is a mold of a Maisaura foot print. The boys briefly run their hands over it before bounding off for storytime. I pause a moment longer, feeling the bumpy stone for myself. These enormous beings have evaporated in time, living on in scientific journals, Hollywood, and the imaginations of young children. They left behind bones to be rebuilt and stared at in wonder. They gave us footprints, their weight leaving behind something real.

Maisaura means good mother, as paleontologists believe they took care of their young still in nests. I have one job now, to leave behind something real. The world is quickly moving and much of what I say and do, feel and believe, will roll off of it as it spins. My body will crumble and fade away. The impressions I leave will not be preserved in mud turned to stone, but in my children. They will carry my legacy, eventually turning it into their own to leave behind.

I understand why my children ran past the fossil in the library. There is no grand statue to stare up at in wonder, no bones of enormous size at which to gaze. I do not need the world to remember me, but I hope to leave it changed, for my existence to leave behind something real. The bones of the Maisaura have disappeared, but her footprint remains.