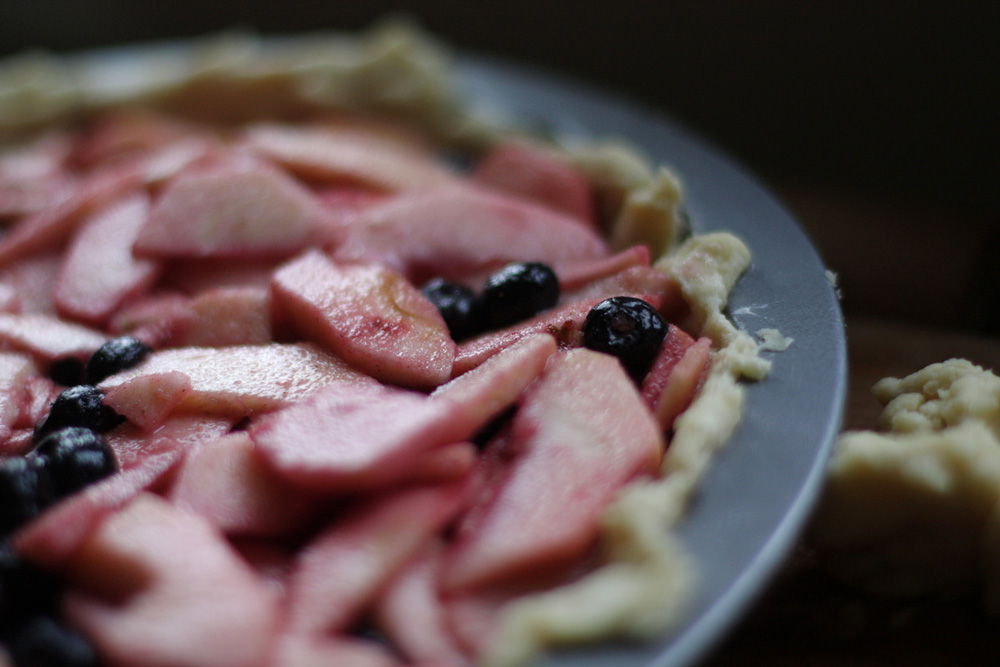 “I can’t,” I said. “I just can’t do it anymore.” We drove down the highway, his hands clutching the steering wheel of my car. The reality, which I had hoped to put off until after the graduation festivities, had exploded during an emotional conversation. And with those words, a four-year relationship ended as we drove towards campus.

Then it was summer.

I was reeling in a way that seemed impossibly difficult to a 21 year old. I told my parents that I couldn’t move home that summer, saying I would be better able to find a job in the tourist town where I went to school than back in the countryside. The truth was, I was unable to move. The thought of leaving for the lonely Appalachian hills where my ill-fated romance had begun seemed impossible, and so I chose inaction instead. I sat alone in my apartment, staring at rows of books I had read and a diploma that bared my name.

Thus I began the Thursday Night Potluck Club. I invited everyone I knew whom had remained in town for the summer, and many I did not. This was not the sort of school where students stayed around once classes had ended, preferring instead to flee the southern heat and let the tourists take over the local sandwich shops until fall began. We were a rag tag bunch – there was my roommate and a few close friends. We were joined by the friend from high school I hadn’t seen much over the last few years, the fellow who sat next to me in a public speaking class whom I had barely said ten words to, the friend of a friend, the friend of a friend of a friend. I grabbed everyone I could find and told them to come to my place, Thursday, 6pm. Bring food and beer. I’ll bake a pie.

That summer was particularly hot, and the heat felt good. It came right up to my skin, filling the spaces between my fingers and behind my ears, suffocating me in a way that let me forget about my newfound freedom. During the day I worked odd hours babysitting and selling bath lotions at a store I hated, and counted down the hours until Thursday night again.

We fired up the ancient grill outside my apartment complex that no one had actually ever used and cooked hot dogs. I served my mother’s broccoli salad and we ate whatever other dishes we had managed to learn how to slop together during our college years. The rag tag bunch grew as people invited the roommate campus housing had assigned to them, or the friend they ran into at the library that week. Most had stayed behind necessarily, either to finish up a course requirement or work at an internship, and perhaps I projected my own loneliness and desperation on to them. But nevertheless, they returned, week after week.

The seniors shuffled slowly through the summer, awaiting an unknown future, and the underclassmen remained blissfully unaware of what was coming. The days grew hotter, and Thursday nights expanded in to cold pints on Tuesday, trips to the beach on Saturday. We went to the water well after the sun had set, the only time that was cool enough to enjoy the outdoors. The boys debated the best bait to use when fishing in the dark and the girls waded into the black water, rolling our eyes at the fervor of the discussion.

Eventually, the summer wound down. Internships ended, final papers for summer classes were turned in, trips home before fall were scheduled. It would be noble, as well as cliché, to say here that the Thursday Night Potluck Club gave me back more than I gave them, but that would imply that I had an altruistic intention of bringing people together. No, I needed to surround myself with others, to forget the loneliness I had brought upon myself. Eating potato chips on a picnic table while we stared up at the summer sky wondering if a thunderstorm would soon come to break the heat, I was home.

There is a feeling, one that is rare as it is wonderful, that comes at graduations and at five o’clock on Friday evenings. It comes when you move homes, quit jobs, finish long books you loved reading, and watch shadows stretch out on summer evenings. It is a sense of completion mixed with anticipation, of satisfaction and adventure, of loss and relief. It is a feeling I rarely have now that I am a stay at home mother, and my days churn into nights without end.

That summer, I lived in that feeling, and surrounded by a community of friends and strangers, I felt my pain slowly give way. That summer I was free.